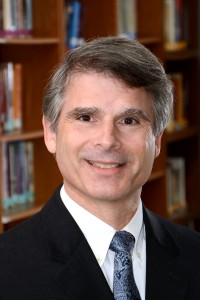 The radio was always on in my family’s house when I was a youngster. It was tuned to my father’s radio station. There was never a point in my young life when I did not know what I wanted to do when I grew up. I wanted to be just like my dad. I wanted to be a radio announcer. Our radio station was a second home to me. I tinkered, explored and learned at the station. My childhood was an absolutely wonderful experience, for which I am grateful.

I also came to know the Lord during my childhood. My parents had seen to it that I attended church every week. After resisting the tugging of the Holy Spirit on several occasions, I finally accepted Christ one Sunday as the congregation sang “Just as I Am.” The Lord was laying the foundation for my role at BBN.

My dad and I decided to sell our AM/FM station in 1986. That decision was tinged with sadness at selling the family business, but excitement at the opportunities that lay before me. I worked with the new station owner for a year, then was led to work in a truly Christian environment. I began employment as Associate Director of Admissions at a Christian university in North Carolina. Radio was still tugging at my heart, though.

After a couple of years away from the microphone, I knew what I had to do. I knew that I would only be happy working in radio. I also knew that I would only be content working in radio if I were working for the Lord. I was thrilled to receive a response from BBN. My service at BBN began in 1989. Each day behind the microphone has been a privilege that I greatly appreciate. I have been able to communicate over the radio, which I enjoy immensely. Most importantly, I have been able to communicate the message of salvation. To God be the glory.

How to Get to Heaven