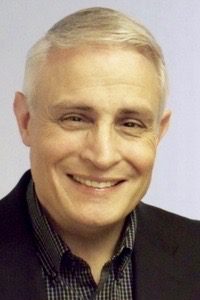 The radio bug bit me very early! When I was seven years old I spent hours in our family garage pretending to be on the radio. I vividly recall playing 45-RPM records while I patiently waited for songs to end so I could go on the air using my bike’s handlebar as a microphone. Newspaper ads were my commercials, and that garage in Drexel Hill, Pennsylvania became my control room for my radio station.

My parents gave me an AM/FM/Shortwave radio when I was 10 years old. It quickly became my best friend. I spent hours every evening tuning in to radio stations across the USA and around the world. My imagination ran wild wondering what it was like working at a radio station. “What really happens behind the scenes?” I wondered incessantly.

At the beginning of 10th grade I made a beeline to the front office at my high school and shyly asked if I could do the morning announcements. (I had to start somewhere!). Really, I thought, “Surely I can do a better job than the assistant principal!”

Mr. Merkel, the principal, immediately came out of his office upon overhearing my conversation with one of the school’s assistants, and he hired me on the spot! He assured me his assistant principal would be VERY happy to have one less responsibility on his plate.

I was chomping at the bit to get behind my first real microphone (no more handlebars!) for Phoenixville Area High School. Those students and teachers were my captive audience at 8:10 AM every school morning for three years.

Throughout high school and my first year of college at Temple University in Philadelphia, I set my sights on working at a radio station in a major USA market. I dreamed I would become a major league baseball announcer (preferably for the Phillies!) or host a game show.

“It can be dog eat dog out there,” one of my professors said as he described radio and TV work in big cities. My aspirations changed that day in my sophomore film class. God used his comment to steer me in a new direction, and I’m so glad He did! I began to think seriously about working in Christian radio broadcasting.

I married my wife, Grace, and together for nine years, we worked in Christian radio in Tucson, Arizona. Then God took us overseas to the Middle East where we helped facilitate Arabic audio Scripture recordings. For the past 30 years I joyfully worked in studios in the USA and across the Middle East for God’s glory.

Audio is powerful. It’s personal. It’s warm. It’s engaging. It captivates the mind and heart like nothing else can. Communicating God’s Truth warmly, humbly, personally, and convincingly on the radio is my deepest desire as one of BBN’s network announcers. Thank you for allowing me to keep you company in your home, your car, wherever you are as you listen to BBN.